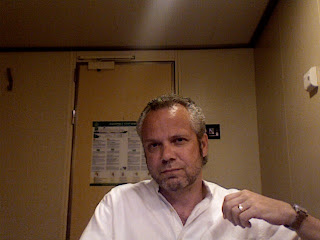 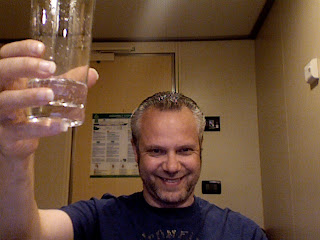 Robin continues to receive positive feedback after his final concert, and, consequently meets some interesting people.

One enthusiastic lady introduced herself as, 'a Misionera', which is a girl from Misionera, in Argentina. This was prompted by Robin performing Federico Bustamente's 'Misionera', in the concert.

He has also spent some time talking to a Paraguayan harpist, and they whiled away many hours discussing the virtues of South American music and Barrios in particular, along with comparing their nails and various treatments....
The harpist had an interesting tale, he once met William Walton and Julian Bream in a restaurant on the Mediterranean island of Ischia. Walton had by this time moved there from Oldham, a very wise choice I'm sure.
The three talked for some time, and Julian Bream gave him his latest CD which contained, amongst other things, Walton's Bagatelles.

Robin later went out to dinner with a ventriloquist and I imagine they enjoyed a few 'gottles of geer'.
Posted by Anna at Wednesday, January 23, 2008