I'm beginning to think that Robin has spent too long on his own.
Without a concert to focus on he appears to be thinking about other projects.
Yesterday he was in Manzanillo, Mexico, and sent a selection of photographs.

The first was titled: 'The New Stage Boots'. 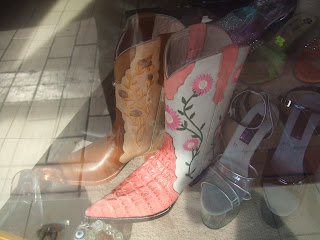 The Second: 'The Mexican Dresses'. 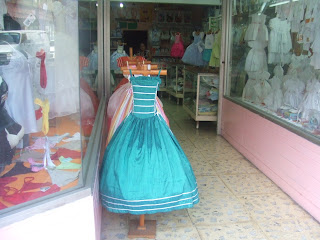 The third: 'The Bandstand'. 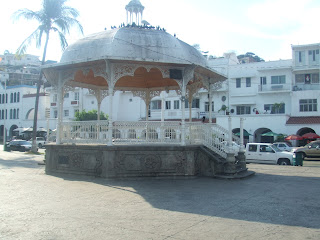 The message: "Where's the band?"

Either he feels the need to collaborate with some local musicians, or, the sun has finally got to him...
But, he does now have two days at sea, as the Queen Victoria makes her way to Los Angeles.
Hopefully a gentle breeze from the Pacific Ocean will help to clear his mind.
I do know that he is already thinking about programmes, for the next two overseas trips that he is making, and also running through some new pieces.
So maybe all is not lost.
Posted by Anna at Monday, January 28, 2008