I thought you might enjoy a brief update into the life of this musician over the last week, and it has been pretty eventful.
Robin is currently in the beautiful Norwegian Fjords and enjoying the views: 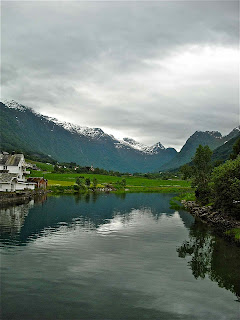 But of course he is actually there to give two concerts, both of which he has now performed.
The theatre, which holds more than 1000 people, was full on each occasion and the audience very appreciative.
Robin has spoken to many of them since, who so enjoyed the first performance that they went along to the second.
In fact one gentleman, who's father was a pianist, thanked Robin for the two concerts saying he had, 'such a wonderful touch on the guitar'. He was close to tears.
For a musician this is a fantastic reward for the many years of hard work that go into each performance. To move a person, not only during a concert but also after the event, is quite an achievement.

But Robin has had time to enjoy some of the spectacular and dramatic scenery, including the snow capped mountains which are making him wish he had taken a coat... 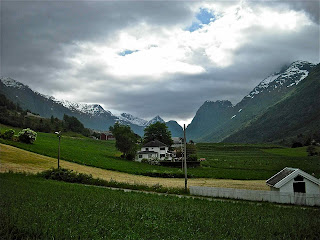 Here you can even see the QM2 amongst the mountains and houses: 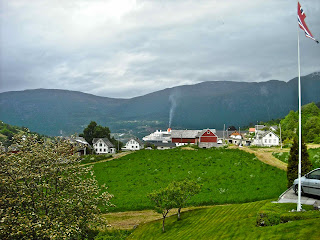 But even in remote parts of the Norwegian Fjords it's possible to bump into someone you know.
As Robin enjoyed a walk he met an old friend, Francisco Yglesia, a Paraguayan harpist and former member of Los Paraguayos.

Last I heard they were discussing strings....
Posted by Anna at Tuesday, June 22, 2010 No comments:

Manuel de Falla and his House

The music of Manuel de Falla is known and loved throughout the world and has influenced the careers of many musicians.
Robin is no exception.
The Hill/Wiltschinsky Guitar Duo have recorded many of his pieces.
The Teldec CD 'Virtuoso Guitar' features 'El Amor Brujo', La Vida Breve' and 'El Sombreo de Tres Picos' (Three Cornered Hat) plus many other incredible pieces by Tarrega, Albeniz, Scarlatti etc, with some of the tracks performed by Wolfgang Lendle.

Plus I have mentioned Falla here on the blog a number of times, 'Alicia de Larrocha, the Ritual Fire Dance and a Maths Exam' and amusingly here on, 'Hill/Wiltschinsky - Pump It or Dump It' and 'Manuel de Falla's, 'Miller's Dance' and the Solar System'.
But Robin has also collaborated with other musicians and this post refers to one such performance, 'Review: Robin Hill and Izzy Cooper'.

So as you can see, Manuel de Falla has been a major part in Robin's life, so he was delighted to find himself in Falla's birthplace, Cadiz.
So you can imagine his excitement when he turned a corner and came across this bookshop: 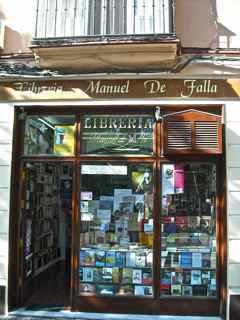 Then, right next door he spotted a plaque: 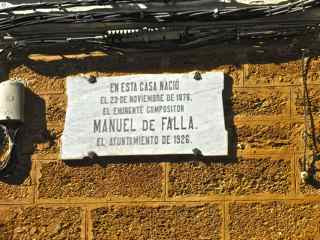 And found himself standing in front of Manuel de Falla's home, (Upper floors): Falla's birthplace overlooks a beautiful square and this is part of it: 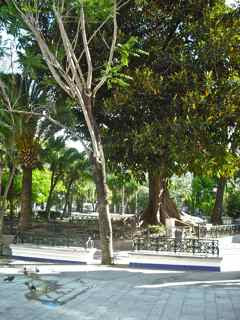 Over the day I had many 'phone calls as Robin described each new discovery, even down to this glorious fountain, complete with turtles: 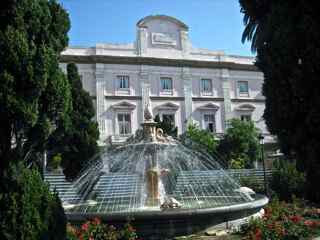 Cadiz is certainly a place I also wish to visit to pay my own respects to the wonderful composer, Manuel de Falla.
Posted by Anna at Tuesday, June 08, 2010 No comments: