For those of you who still enjoy listening to cassette tapes, then, you need to start looking after the player. As Harry Wallop reports, many of the large electronic retailers in Britain are to stop selling cassette tapes, and, Christmas will be the last time hi-fi systems will have tape decks included.

We have hundreds, if not thousands, of tapes around the house. Most we don't listen to very often, but, are the result of a lifetimes devotion to music. Home recorded tracks of Robin as a young boy performing in bands, musical ideas and phrases, recorded, and often used, at a later date, etc.
So we will have to start treating our cassette player with a little more respect. At least until we get around to putting them all into digital format.

Meanwhile, over in Myanmar, Robin did leave his guitar practice and took a trip inland. He has found it one of the most different and interesting places that he has visited.

On an hour long journey into town they passed many of these temples: 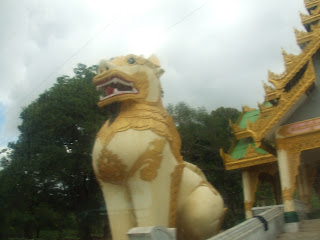 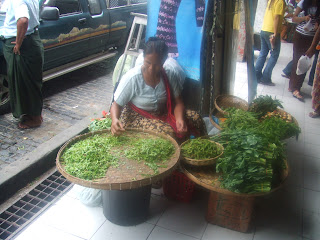 Does anyone know what fruit this is? 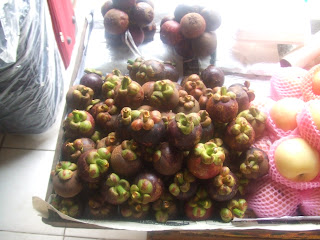 Was looking at your blog and am sure the fruit in the picture is Mangosteen. It comes from Thailand and is similar to a Lychee with a thick rind and edible white flesh. It is sometimes available in the U K from March to August.Am enjoying keeping up with Robins adventures via your blog. Keep up the blogging.

Many thanks for your comments and I'm delighted to discover the fruit is a Mangosteen. It sounds lovely and I'll try to get hold of one.
Glad you enjoy the blog, and yes, I'll keep doing it!