Happy 4th Birthday to 'Life of a musician - Robin Hill'!!! 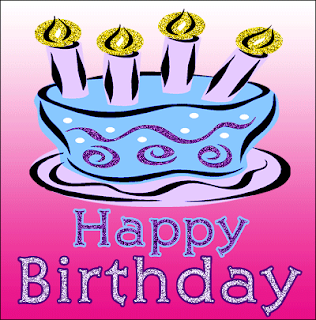 Once again I can't believe a whole year has gone by and 'Life of a musician' is celebrating its 4th Birthday! In blogging terms this makes us rather more mature than the average 4 year old...

As always it has been a busy year with extensive travel and many concerts performed. We have seen the release of a CD, 'Hill/Wiltschinsky Duo - Soler Sonatas', and the recording of another, 'Cancion', with soprano Izzy Cooper, which will be released in September!

The most popular post over the last year has been, unsurprisingly, 'Music Practice Tips - Classical Guitar', although close contenders were, 'Inspire Young Minds with Music', and one which was rather a surprise, (although I think I picked up a few hits thanks to a BBC broadcaster of the same name...) 'Anna Hill's 'Unofficial' Desert Island Discs'.

There have been fewer posts than I would have liked, but even when time constraints have prevented me from writing, I have tried to keep everyone updated via my Twitter feed, 'AnnaHill'. This tends to be a combination of work and leisure related information, but that was the whole idea. There seem to be many readers out there who like the little extra insight that can be gained from Twitter.

Naturally, I would like to thank you all for returning and reading on a regular basis, and also those that just dip in from time to time.
It is very much appreciated.
I hope the next 12 months will bring many more exciting adventures in the life of this particular musician.
Posted by Anna at Tuesday, July 27, 2010